A portion of this article first appeared in the October issue of the Ashland Locals Guide. Here is the article in its entirety.

If you’ve heard about electric bikes and are wondering about their value and/or necessity in the overall scheme of things, consider the following stories. They’re about real people that I’ve had the pleasure to work with through the years. Their stories are compelling and inspirational:

Polio took its toll on Clint at an early age. In spite of that, in his early seventies when we first met, he was accomplishing more than many men half his age. However, one thing he couldn’t still manage was the combination of strength and balance necessary to ride a bike. It had been many decades since he was able to enjoy one his greatest passions. With patience and determination he succeeded in test riding one of my first custom ebikes. The bike sold itself! As we completed the transaction he related his story to me. With tears in both of our eyes I listened and when he finished he proudly announced that he would be taking a bike ride with his wife that night…the first in many many years. They now travel throughout the west with their bikes in tow, taking sunset rides together again.

Christy was born with a debilitating condition that required her to use a walker to move about. When she came to see me in her early teens she had never experienced the joy of riding a bicycle. Mom or dad and the family car were her only option for leaving the house. We set her up onto an electric trike and proceeded with a series of test rides, first with me riding on the bike with her, and next by walking along beside her. With each lap around the parking lot she became more animated and enlivened. By the third lap I couldn’t keep up with her anymore! The timid, hesitant girl that first climbed out of the car was now smiling and emboldened in a way that every teenager deserves to feel. She now rides around her neighborhood exploring the world with a degree of autonomy and independence that she never experienced before. 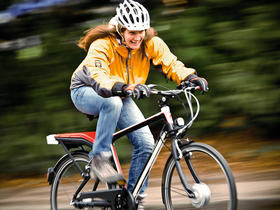 Jerry has been riding bikes almost as long as he’s been walking. However, years of extreme mountain biking, telemark skiing, and a couple of motorcycle mishaps have taken their toll on his body. One of his hips has a handful of issues that can only be addressed via a full hip replacement. At fifty five years young he’s not ready to go down that path just yet; the expected lifespan of an artificial hip is far shorter than what he has planned for himself. Unfortunately it is impossible for him to ride a regular bike anymore without a great deal of pain. However, his electric bike allows him to ride almost daily, twelve months of the year, enjoying one of his greatest pleasures and maintaining his commitment to a low impact lifestyle. 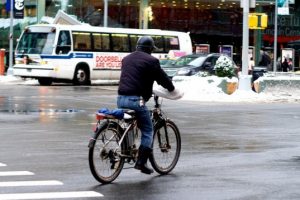 For these three people and many more, electric bikes are not some frivolous extravagance of the lazy and rich; they are an opportunity for freedom, mobility, and adventure. Its an eco-friendly way to move in the world to accomplish the things we need and want to do. Whether its personal challenges or planetary concerns that motivate you, electric bikes can help you realize your goals. Come test ride the future – its here now!