When our governor announced the shelter-in-place/business closures a few months back it was quite the game-changer for everybody on every conceivable front. For us here at Ashland Electric Bikes it was warmly validating to see bike shops designated as essential service providers. It was an affirmation of what I’ve been promoting for 13+ years now – that bikes are a legitimate transportation alternative for many in these changing times. So, although the wheels, as they say, are threatening to come off the economy, we are doing our part to keep the bicycle variety rolling.

In fact, globally, the sales of all types of bicycles is exploding. For many, it’s a way to avoid the crowded conditions of public transportation in big cities. For others, especially in our region, it’s a way to get outside, get fresh air and exercise, and help cultivate a greater level of sanity in these challenging times. Couples and families are enjoying outdoor quality time together in ways that they never seemed to be able to find the time for before. Who could have ever imagined that a global health crisis is what it would take for people everywhere to slow down to a bicycle’s pace way of being and moving. To that, I say wholeheartedly, “Welcome to my world!”

So, as we have more and more conversations about the way forward after this global pause, I hope the majority desire is to retain a degree of this current slower pace as well as the renewed appreciation of the many people who keep the flow of essential goods and services going. There’s newfound respect (it’s been a long time coming) for what’s truly important in life and for those who really, daily, tangibly make it happen. Let us all find more ways to be of greater service to our fellow brothers and sisters under the sun. That’s the wheel-of-life on which I choose to ride.

As winter continues here in southern Oregon I find my thoughts fast forwarding to the warmer brighter days ahead. Time at the bike show in San Diego some weeks back helped ramp up my summertime desire as well. I was able to secure some great new products and double down on our existing successful offerings. 2020 will be (and is already starting off to be) our greatest season yet. 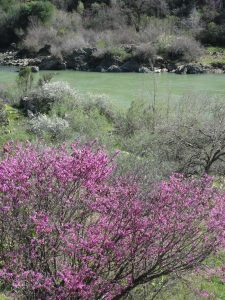 The bikes and accessories are all very exciting, the team here at the shop is the most solid ever, and I’ve personally discovered a renewed sense of enthusiasm for all things electric bike shop-related. It helps immensely to see the growing interest nationwide in electric bikes and their place in a new vision of transportation. Individuals, businesses, and municipalities are all climbing onto the saddle of this two-wheeled revolution. Thank goodness for that – at last.

Twelve years ago when I had my first ebike experience, it was followed by a somewhat naive, certainly optimistic, epiphany-esque moment wherein I was sure that this “whole ebike thing” was going to explode any day now. I dove in heart first and it’s been full steam ahead ever since. So, it’s deeply satisfying, as we begin our 13th season here at AEB, to see more of the community/region/nation joining in the fun. In these times, uplifting stories are a well needed contrast to all the rest, and the rise of the bicycle as more than just a toy is a welcome newsworthy event.

So, you can expect more from us as we help support this forward motion of kinder gentler mobility. New bikes and support products, greater community involvement, OLLI classes, local school projects participation, electric bike tours; all of these and more are on the books or already in play. It feels good to finally be in line with the times (regardless of who got here first!). It’s Now, we are Here, and the wheels will keep on turning. Thanks for all your participation – past, present and future! 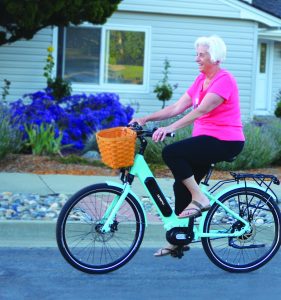 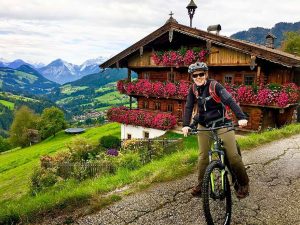 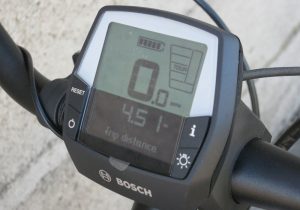 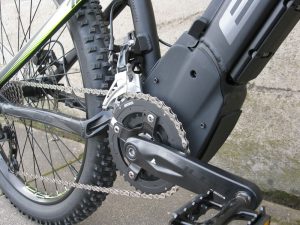