Prodecotech has really stepped up their game with the addition of these new models to their product line. Better overall designs, bigger motors, bigger batteries, and hydraulic disc brakes place these two bikes – the Phantom XR and the Genesis R  – amongst bikes in the $3k range. However, they’ve managed to keep the price substantially lower than that with their business model of importing parts rather than complete bikes thereby saving a bundle on import taxes. They employ US workers in their Ft. Lauderdale facility and still deliver a lower-priced product. 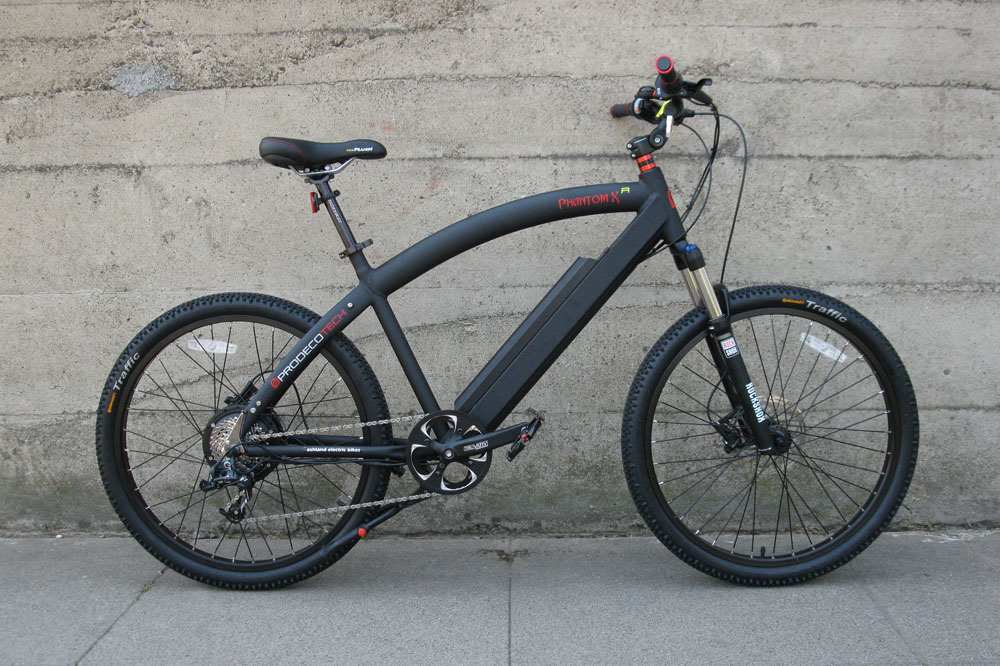 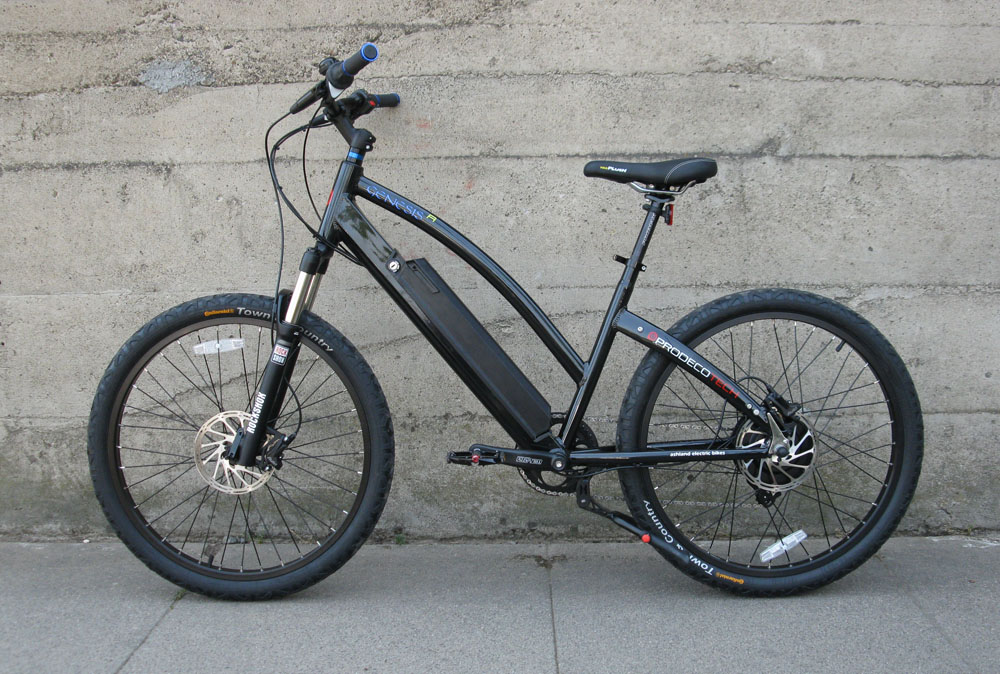 These bikes sport 600 watt geared motors for better hill climbing capabilities and 36V 14.25AH down tube mounted batteries for greater range and a well balanced feel to the bike itself. Avid hydraulic disc brakes are the perfect compliment to the greater power output of the bikes. With the battery mounted where it should be, the rear end is free to accept racks, baskets, and panniers, allowing either bike to do serious gear hauling, grocery shopping duty. At last Prodecotech is offering designs that can serve as bonafide car replacement solutions as well as simply fun-to-ride bikes. 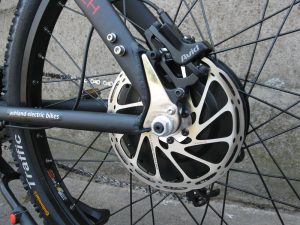 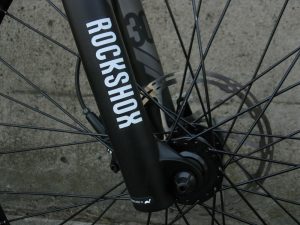 These bikes are a real joy to experience. The feel is strong, crisp, and sporty. The only notable omission is a pedal assist feature; they’re manual throttle only. For many that’s not an issue at all. When you review the component package for these bikes, their price value becomes self-evident.  We expect to see these rolling out the door at a brisk pace. At only $2299 its easy to see why. Come see for yourself.

The LocalsGuide talked with us recently to catch up on what’s new at the shop. Here’s a link to the article in its entirety: 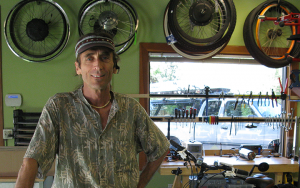 If you haven’t seen the latest trend in off-road bikes you’re in for a treat. The newer ultra fat tire bikes are opening up new opportunities for riding. The increased traction and flotation characteristics of the 3-5″ wide tires take snow and packed sand in stride. Add in the electric assist component and now you’ve got a lunar rover-esque package that delivers an out-of-this-world fun factor. Seriously, you need to check these out. 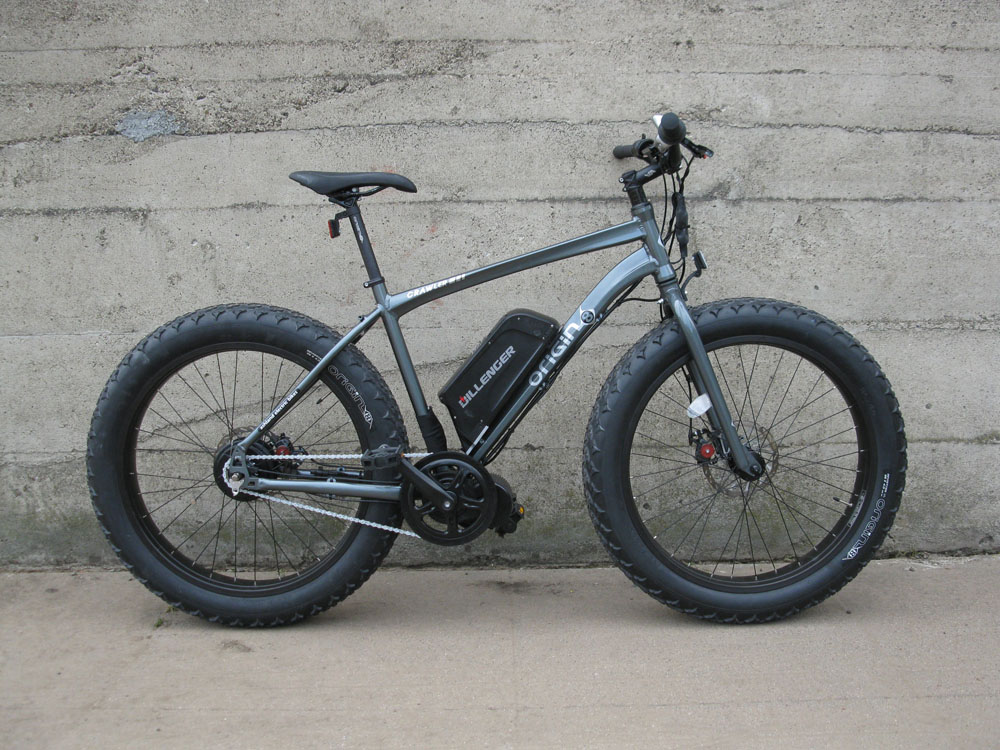 Our version is the Origin8 Crawler with a Bafang mid drive electric system added for that extra punch that elevates this rig from “good” to “awesome”. Its a 750 watt motor, 48 volt lithium battery setup that pairs nicely with the NuVinci variable geared rear hub that comes stock on the Crawler. The power is delivered either via manual thumb throttle or multiple levels of pedal assist. Since its intended for off-road riding the bike is able to exceed the federal on-road 20 mph speed limit with an exciting 26 mph top end. Stronger riders can push it even further if they so desire. Besides the faster speed the beefy drive system delivers incredible power to get you up, over, and through just about any conditions you can find on the planet. This thing is a beast! 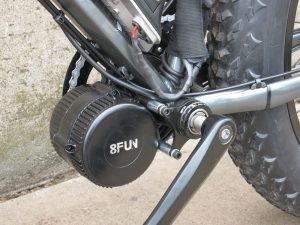 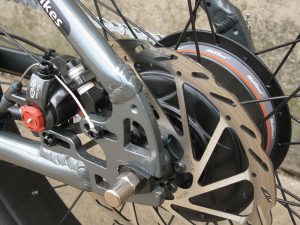 Avid BB7 disc brakes keep things under control and a clean, easy-to-read display monitors all the electrical as well as speed and distance details. The bike is a solid entry in the fat tire field and the electric assist system from Bafang is a treat to behold. We think its a winning combination that’s value priced at $3499. We’re also excited to see somebody get out and start enjoying it as soon as possible so we’re taking an additional $300 off that price. If you’ve been wondering what the new fat tire bike buzz is all about, now’s the time to come see for yourself. I promise you’ll be amazed! 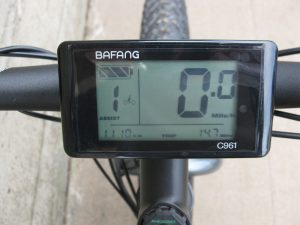 Pedego has scored a solid home run their first time at bat in the cargo bike game. The Stretch deserves a place at the front of the line with the other major players. Its a strong pulling, well thought out workhorse of a bike that promises to satisfy those riders looking for a bike that can do-it-all. 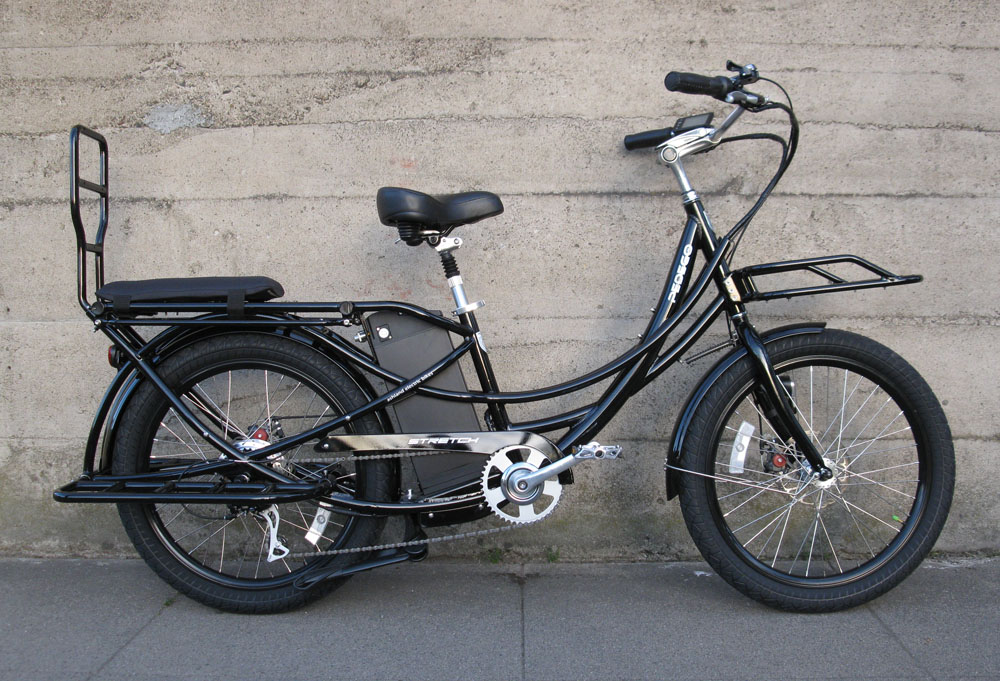 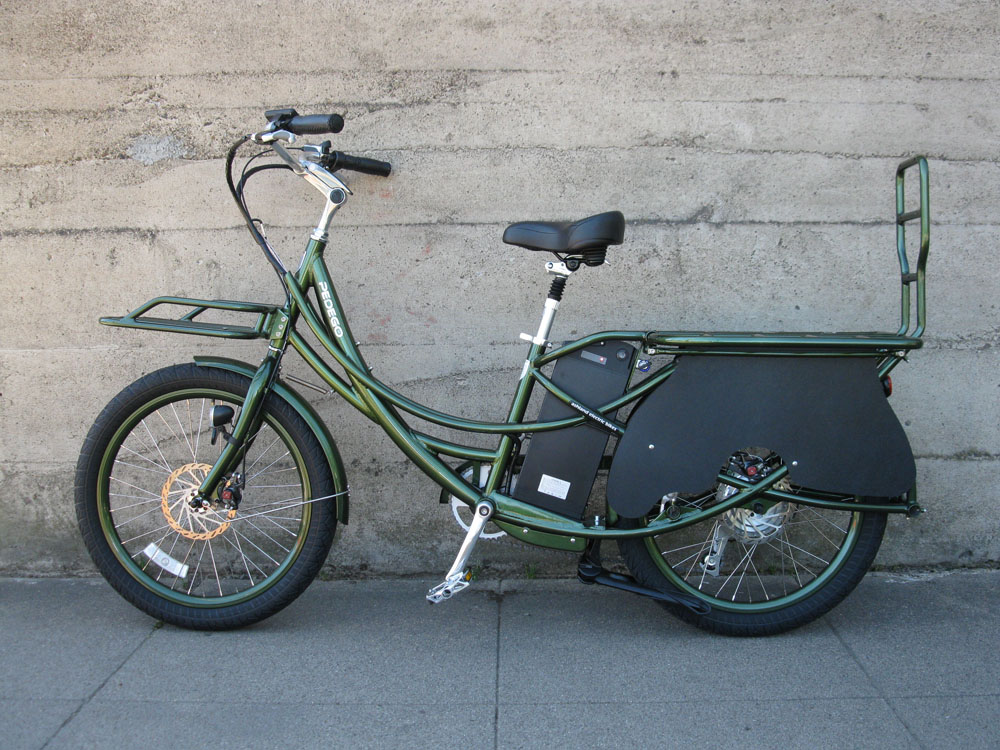 We love the flowing lines of the frame and the available power. With two large adults on board the Stretch pulls along without skipping a beat. Its 400 lb. weight rating is truly remarkable. This is one new entry into the expanding electric bike world that deserves a much closer look. Our lead mechanic snapped up the first one off the truck – that speaks volumes in itself. We think its a winner in all respects and hope to see many of them plying the streets of Ashland very soon.

I met up with a customer in Mt. Shasta for the off-road maiden voyage of his new Easy Motion Neo Jumper 650B. Bill showed me their local treasure, the Gateway Trail which, as its name implies is a gateway to the forest and numerous other trails right at the edge of town. The trailhead parking lot is on the right side, less than a mile out of town, on the Everett Memorial Highway, which is the road up Mt. Shasta herself. With the dangerously dry winter this year, the trail is open far sooner than it would be otherwise. 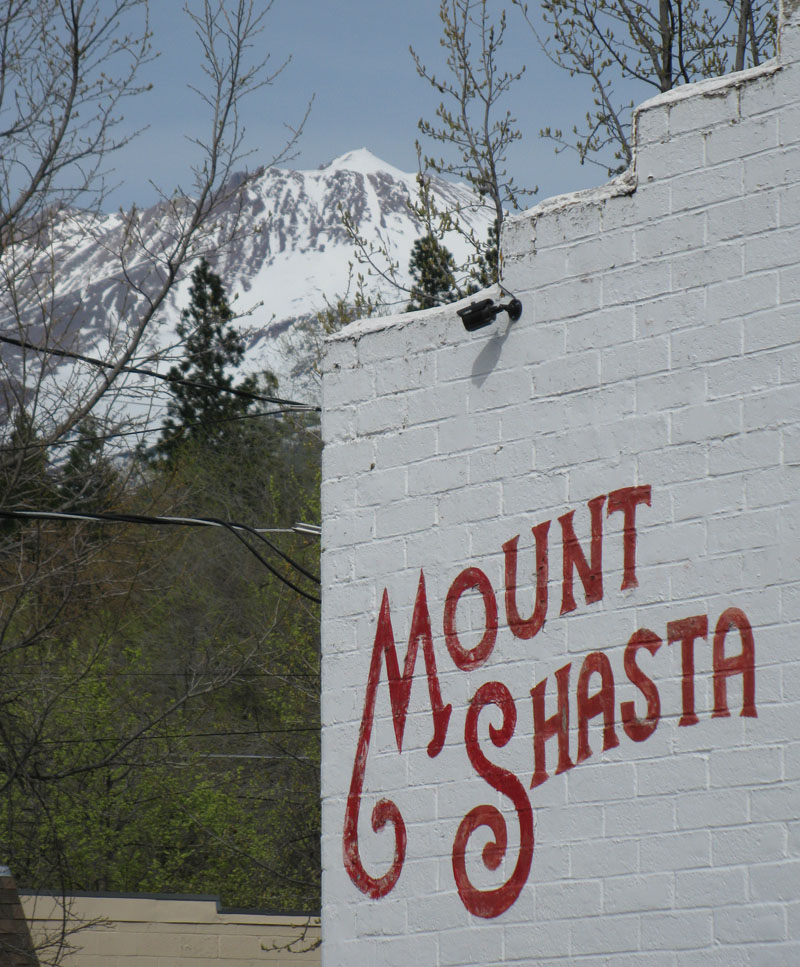 Its a classic mountain bike trail with everything you’d expect along the way. Challenging rock gardens test your technical skills. Wide open vistas of the surrounding peaks give way to shaded traverses through thick trees with soft a soft needle base under your wheels. Well formed banked curves keep your speed up on the downhill runs and short steep stretches challenge your climbing prowess. 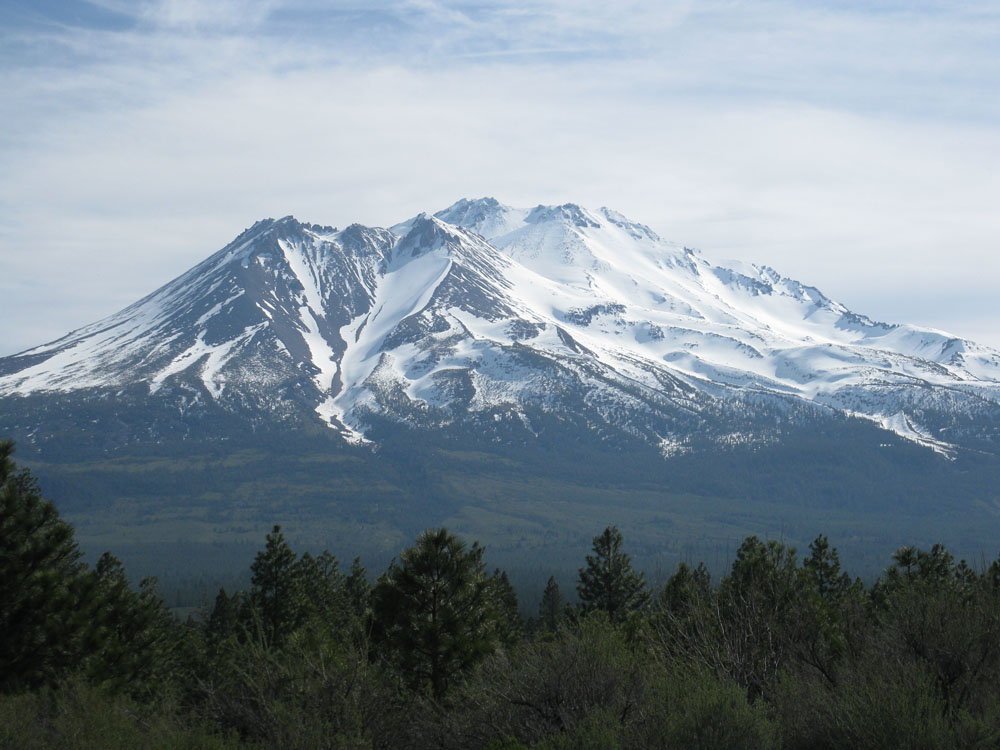 My new riding partner Bill, is thrilled at the difference that his electric bike makes in regards to the Gateway Trail specifically and all his riding in general. We reached what has been up ’til now his usual turnaround point in record time with plenty of power (human and electric) to spare. This allowed us to ride further on and explore areas that have been out of his reach until now. The bike performed superbly and its no exaggeration to say that it is revolutionizing his overall cycling experience. Now that we have a sense of what the electric bikes are capable of in terms of battery capacity/distance in relation to the trail system, our next ride will take us even further into the heart of the network for an even grander adventure. 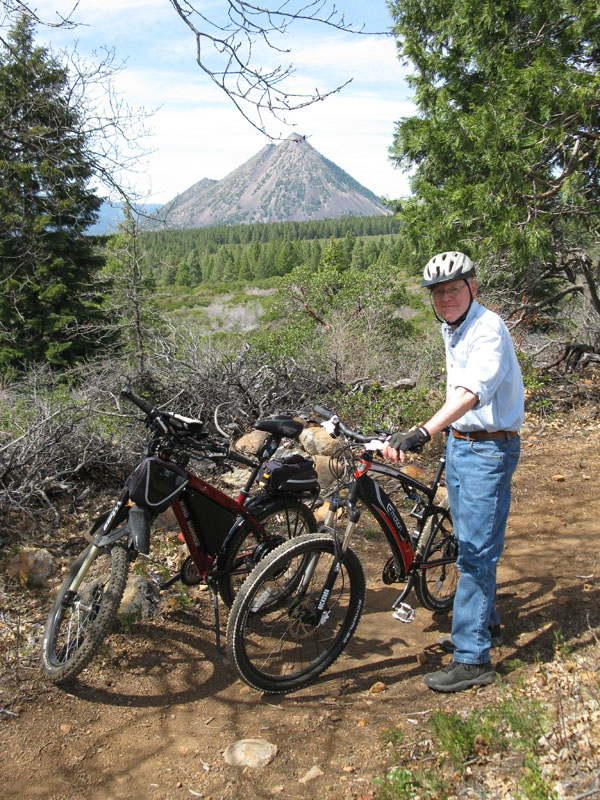 So, if you’re ready for a change of scenery but don’t want to drive too far, the Gateway Trail system of Mt. Shasta deserves your consideration. Whether you’re looking to put your new electric bike or a traditional “acoustic” non-electric bike through its paces, this network of trails is guaranteed to satisfy. This is classic single track mountain bike riding at its best! Bill tells me that a milder trail that circumnavigates nearby Lake Siskiyou is another not-to-be-missed local option as well. I’ll be sure to explore that as soon as possible.

Here’s a link to a map of the Gateway Trail system. Enjoy planning your next off-road electric bike adventure!